These five illustrations narrate the journey of a child in a desolated land, while the day turns into night. The mysterious encounters along the way do not weaver the child’s determination: a final monster awaits at the end of the road… 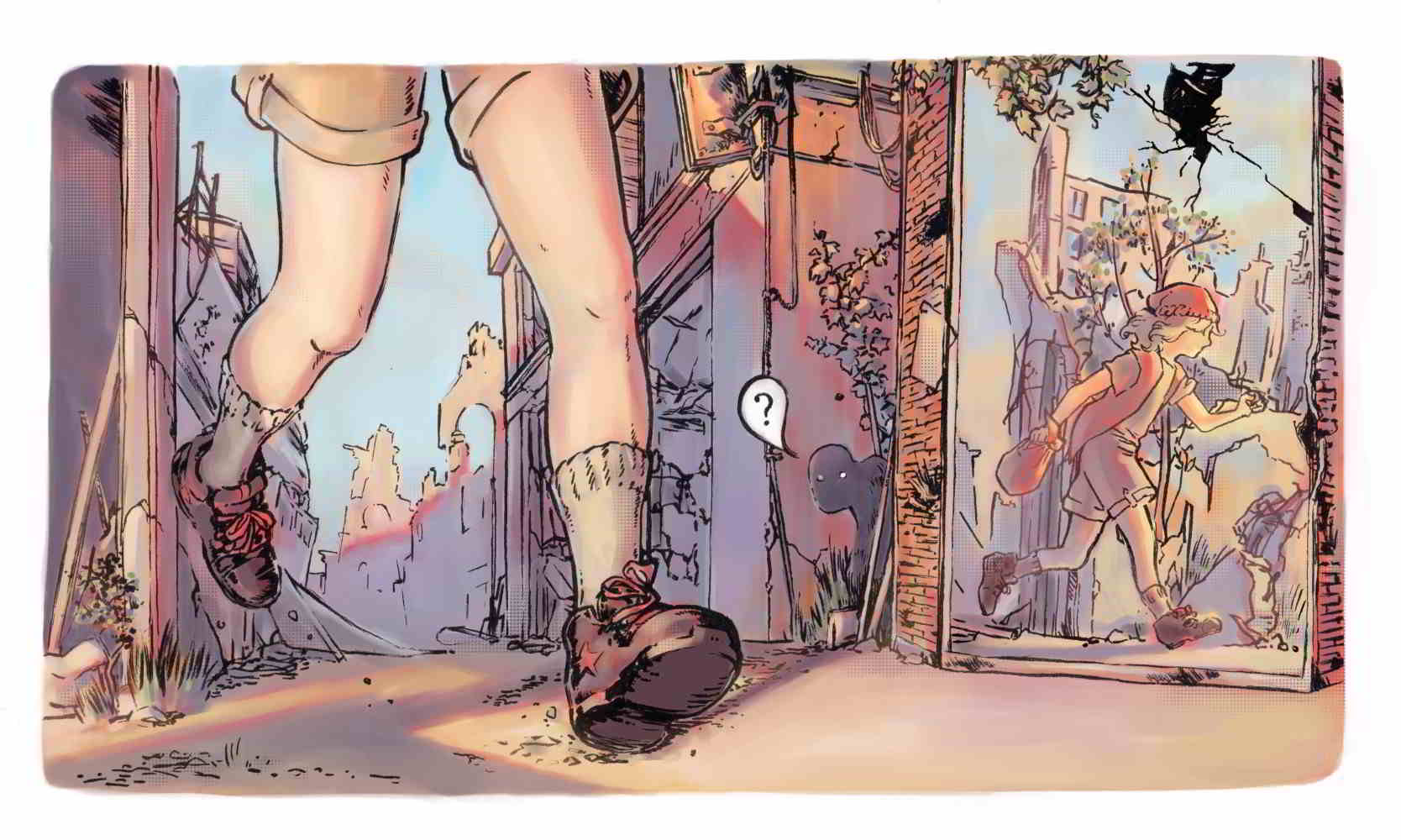 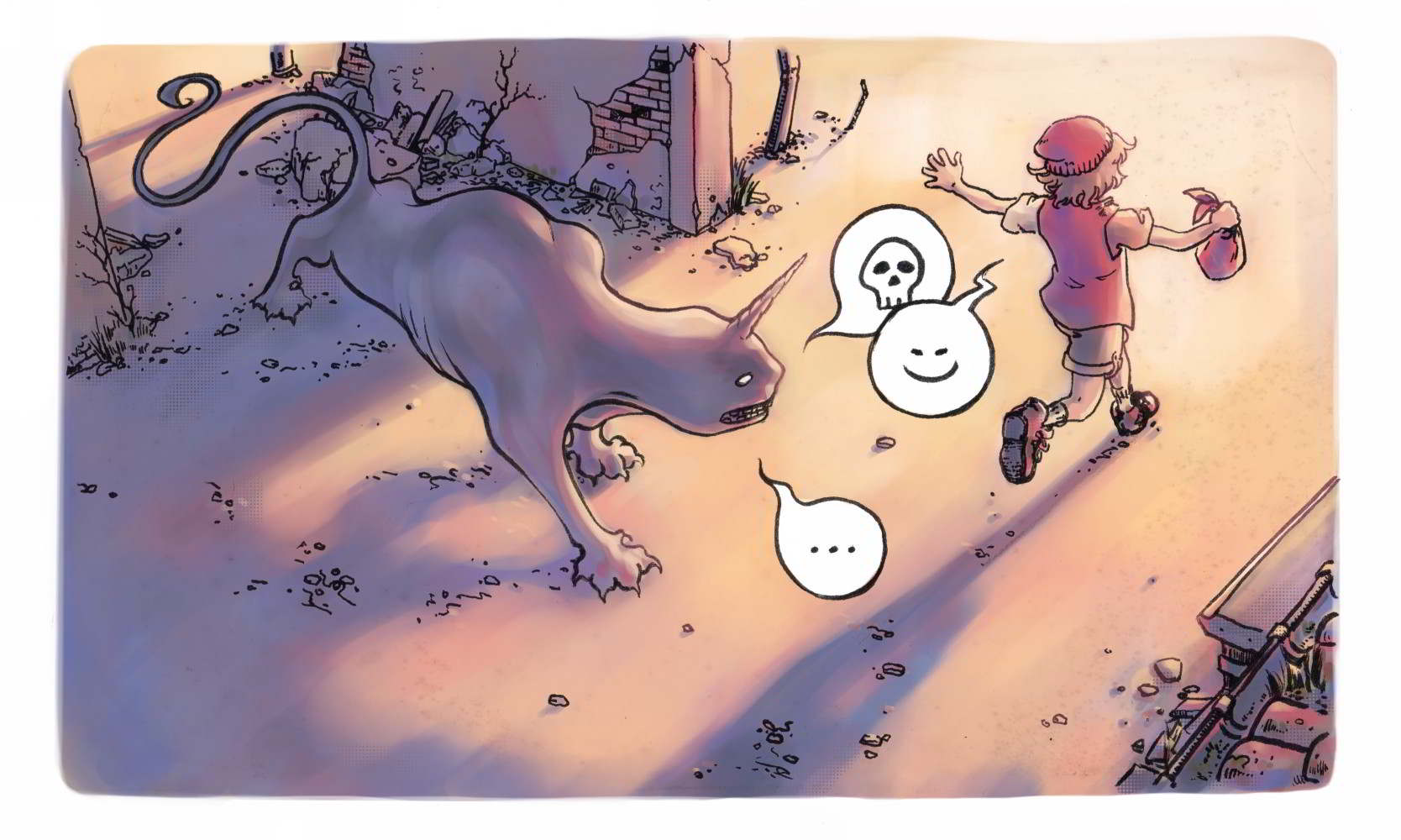 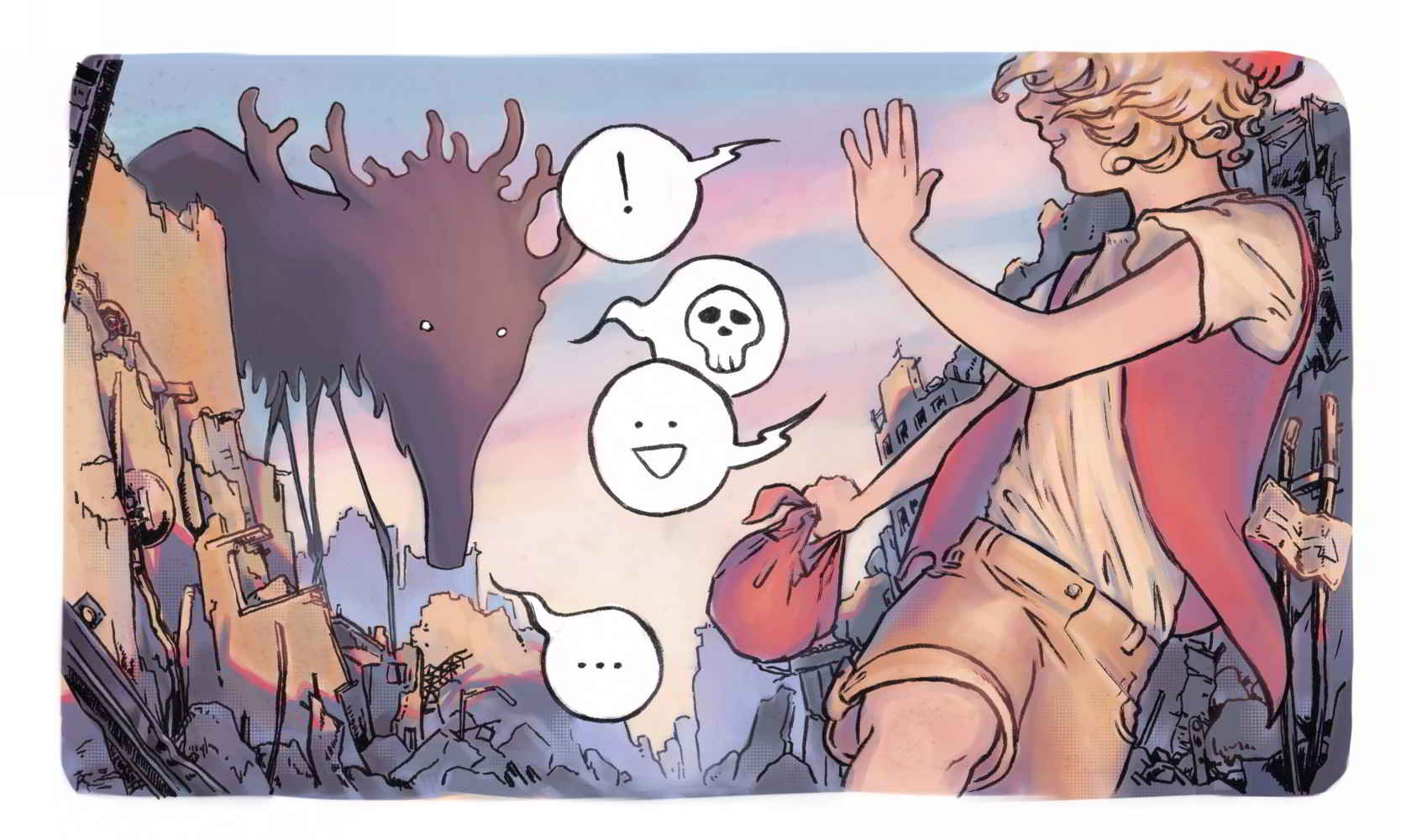 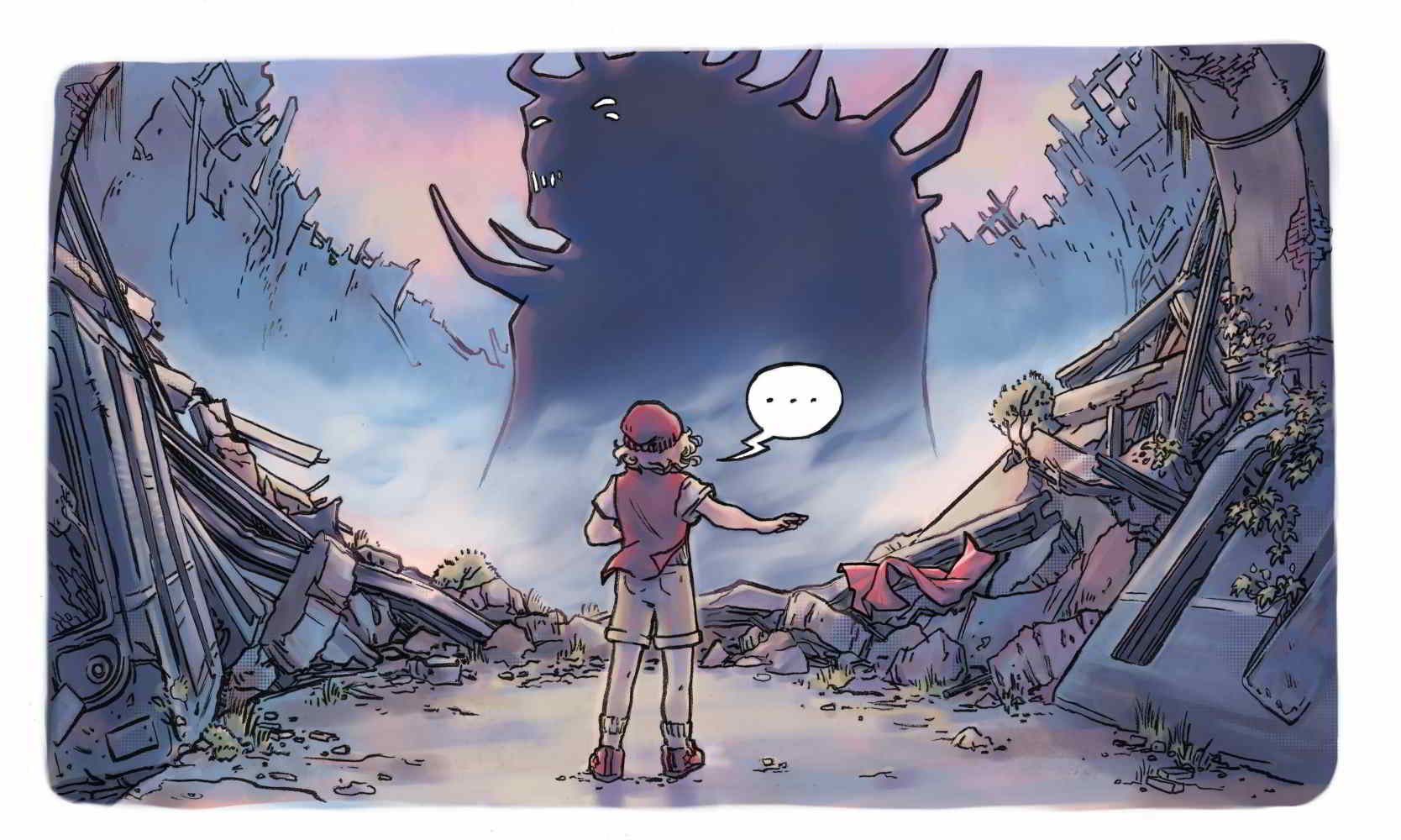 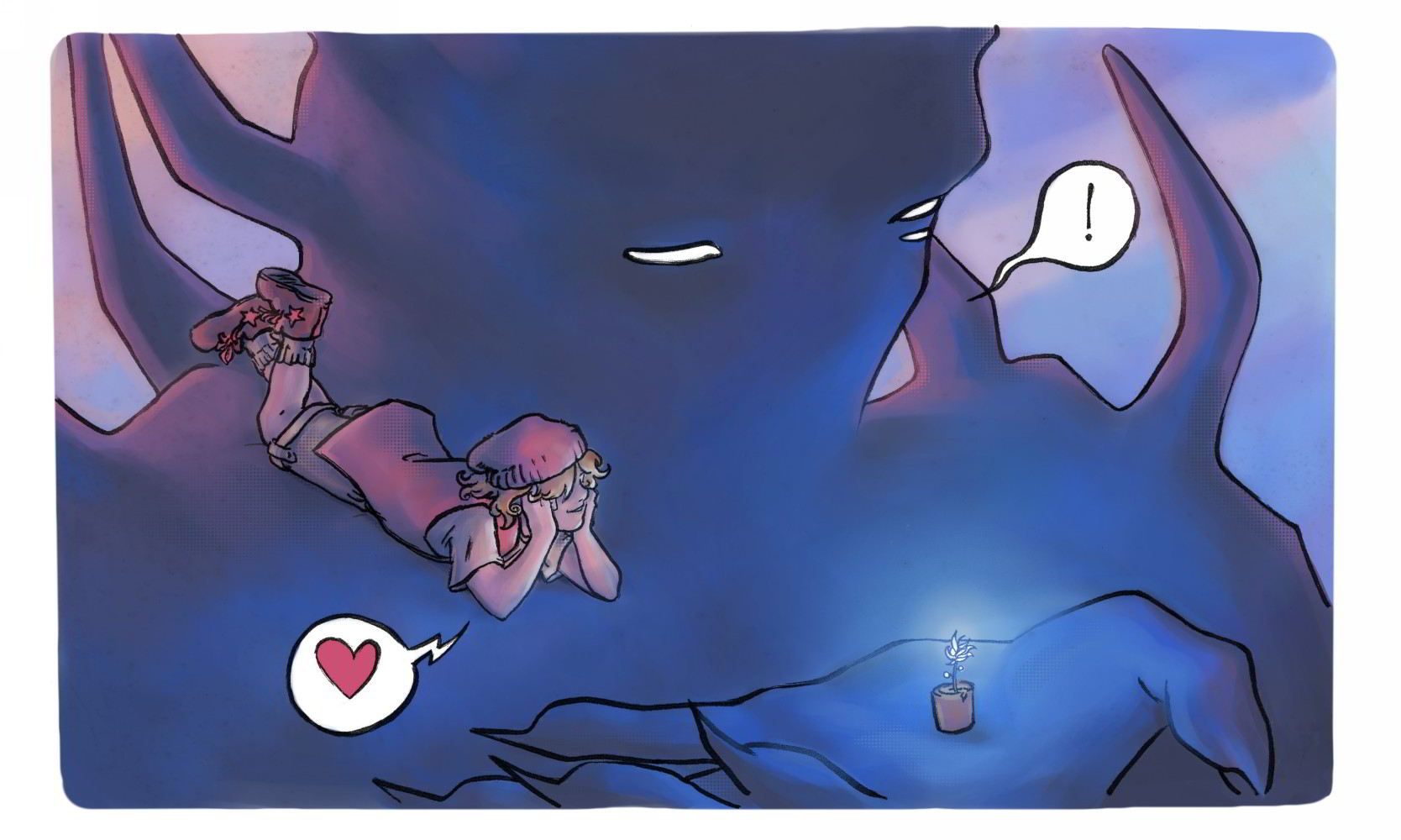 This work is an experiment: a mix between illustration and comics. It has been realized with a mixed technique: while the drawing happened on paper, the coloring was fully digital (with my beloved open source painting software Krita).
The separation of these two moments brought me back to a time in which I didn’t use to paint this often. Then, I hated adding color. Oil/digital painting helped me overcome my dislike (and poor skill) for coloring. Today I’m happy to see that I managed to balance these two elements way better than how I used to - not without struggle, though, as you can see below…

This work will be part of the illustration portfolio I prepared for Bologna Children Book Fair 2018!