Our entry for Ludum Dare 42, based on the theme 'running out of space'

What’s the best place for a demon to be, other than a bullet hell?
Demonic Digestion is the new game by Flaming Moka, the duo I form together with Davide Cortellucci, created in 72 hours for the Ludum Dare 42. 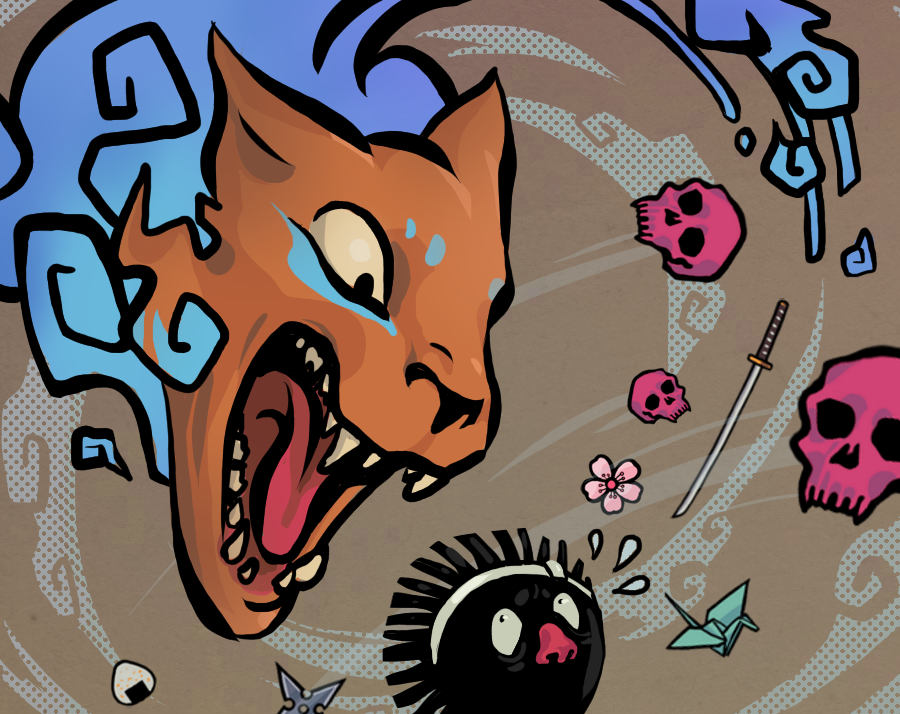 It’s a japanese-themed 2d arcade game, where you can play as a yokai and survive as long as you can to the dangerous consequences of your hunger! Defeat the bigger demons and gather resources, unlock items, customize your appearance.

Here you can find the submission page on the Ludum Dare website, while on itch you can download it for Windows, Mac and Linux. 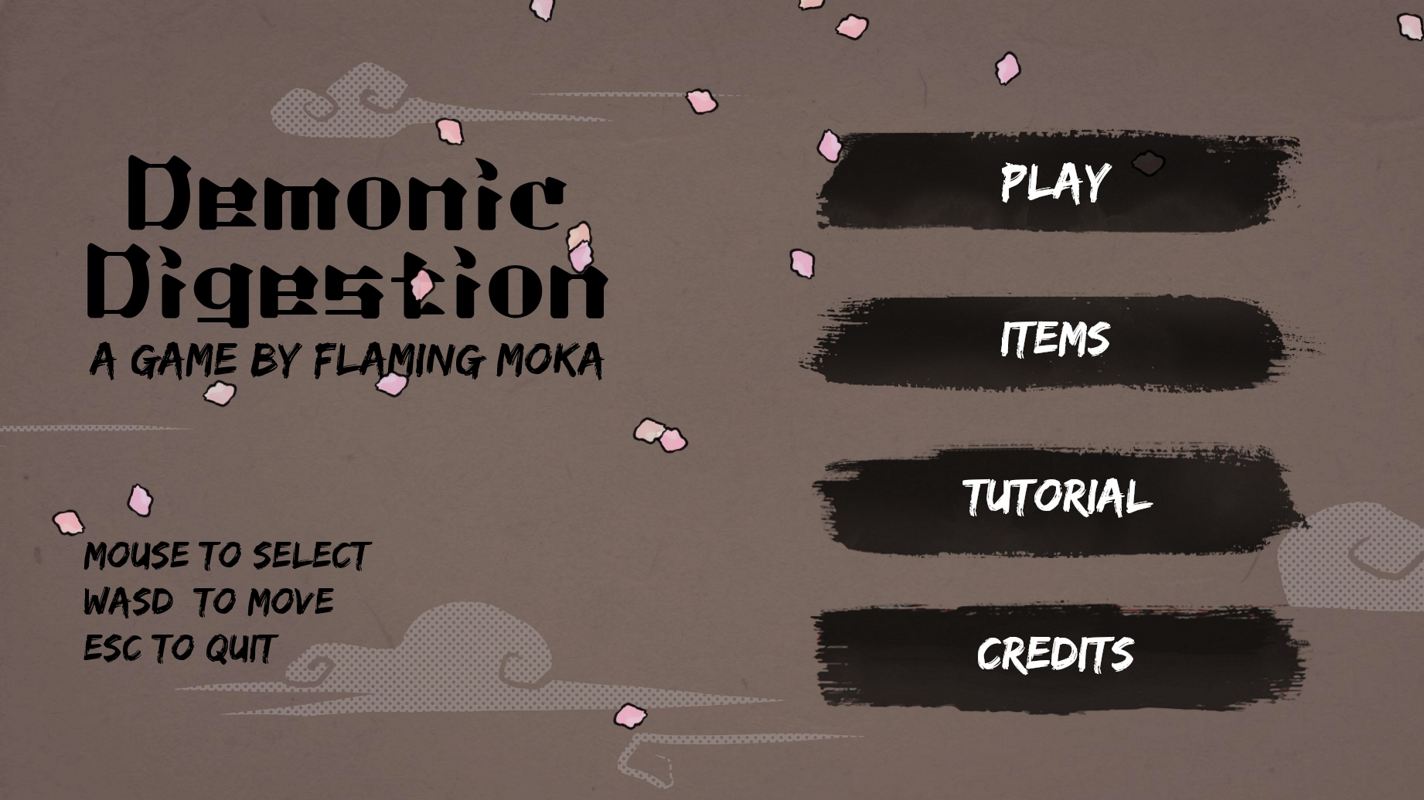 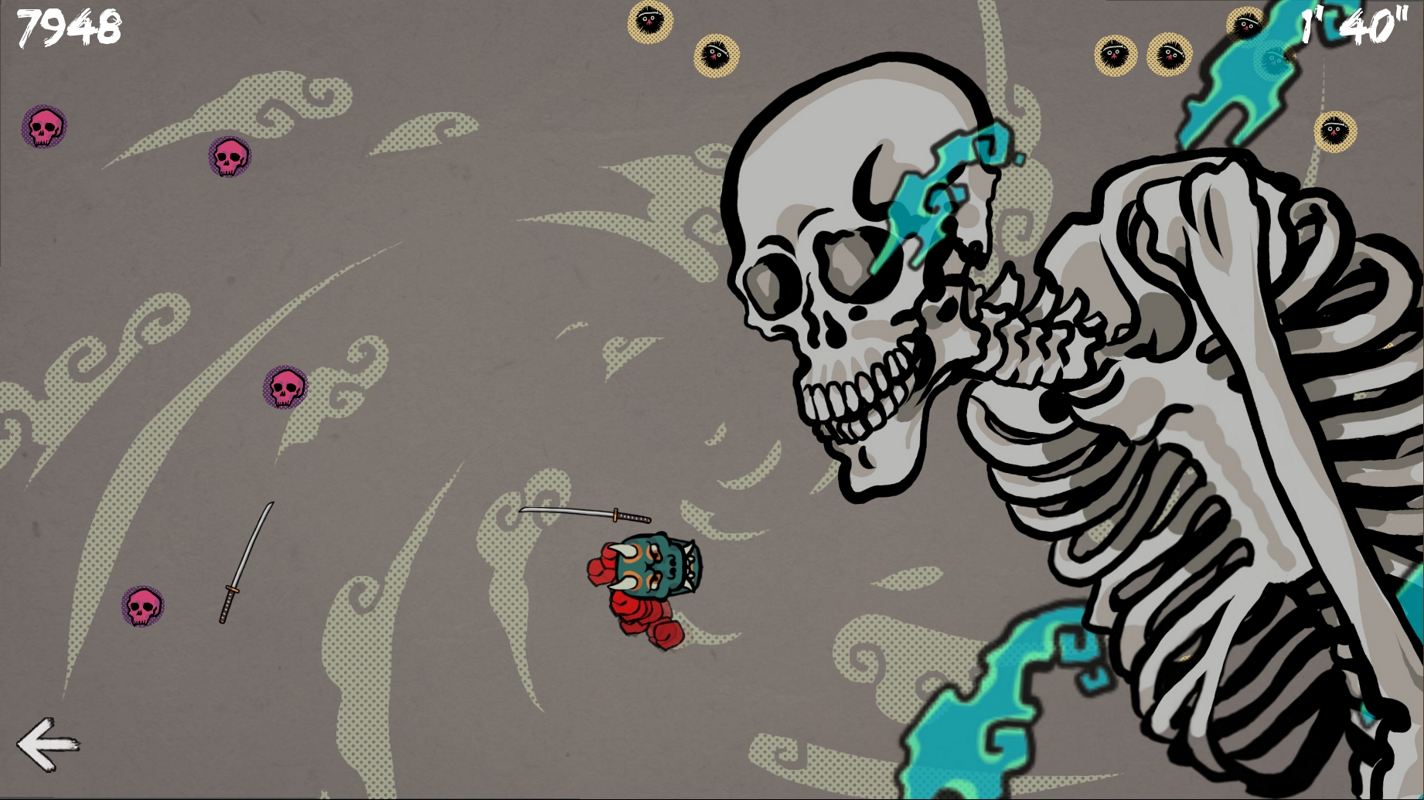 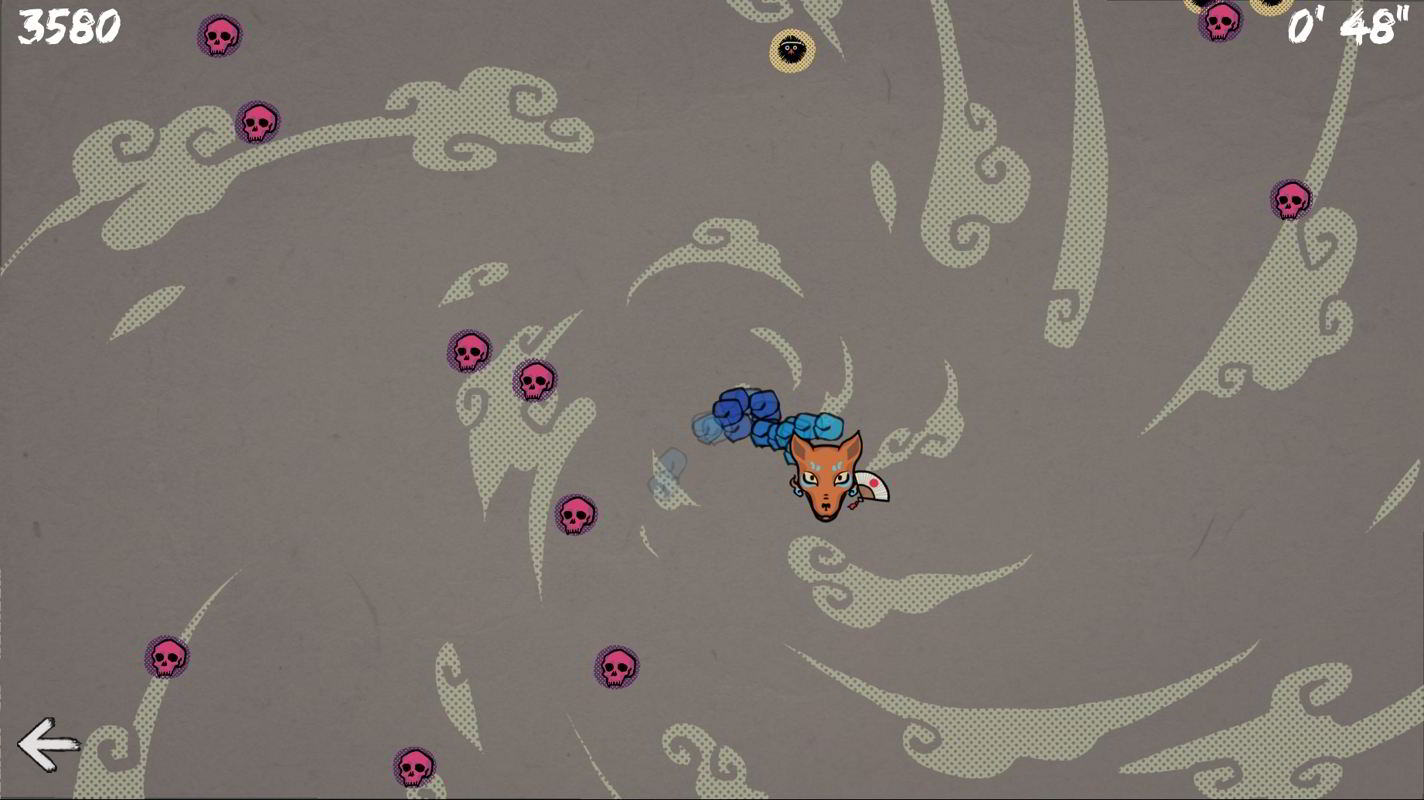 The idea of a japanese-themed style for Demonic Digestion came suddenly, and I ended up sticking with it not knowing exactly why.
Being an anime & manga nerd and a karateka, I’ve always been passionate about Japan and its culture. Because of this, I didn’t have to dig into deep research before being able to pull out a convincing style, that gave the game a distinctive feel. Also, there are already some well-known games that heavily reference a traditional japanese style, and I was especially influenced by Okami and Zelda the Wind Waker.

Here are the first concepts for our game: 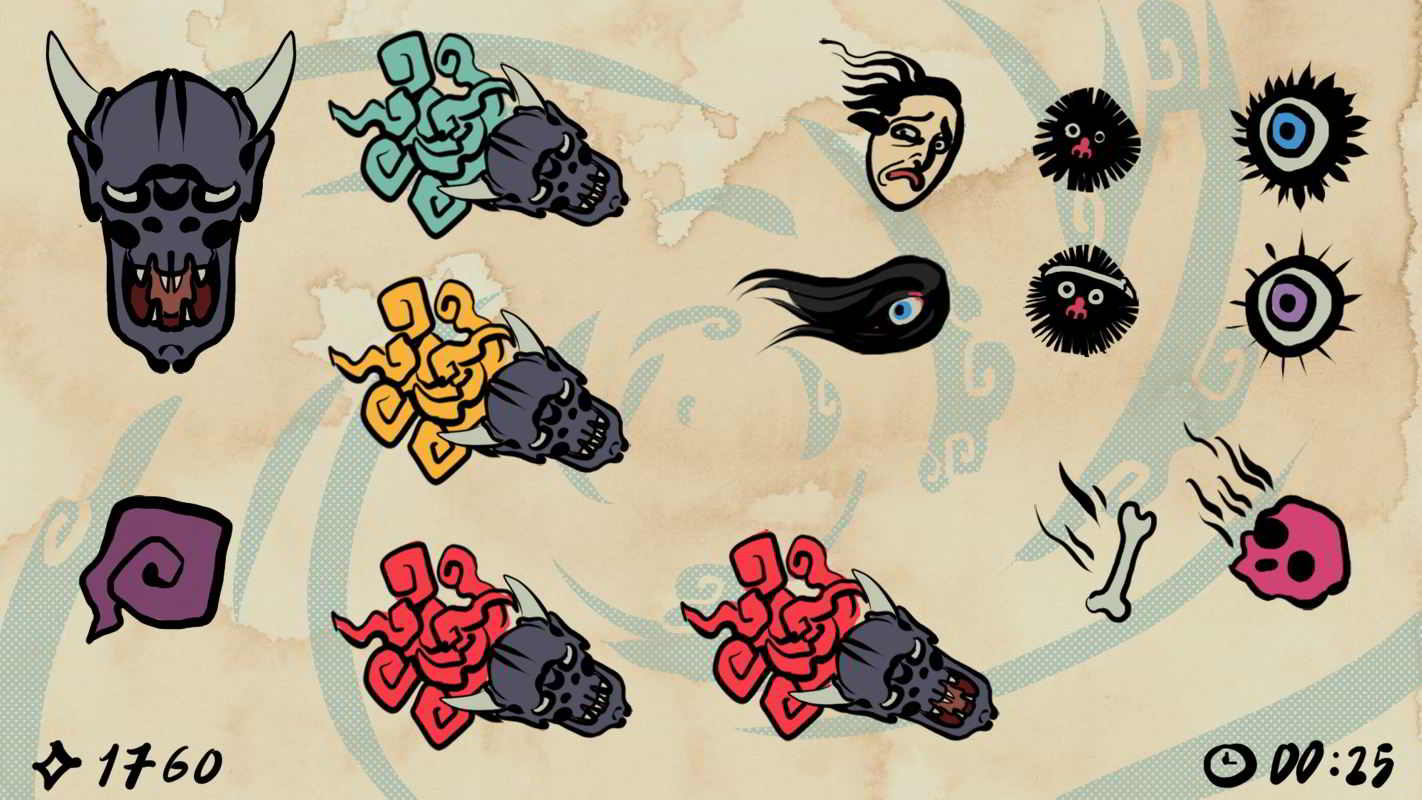 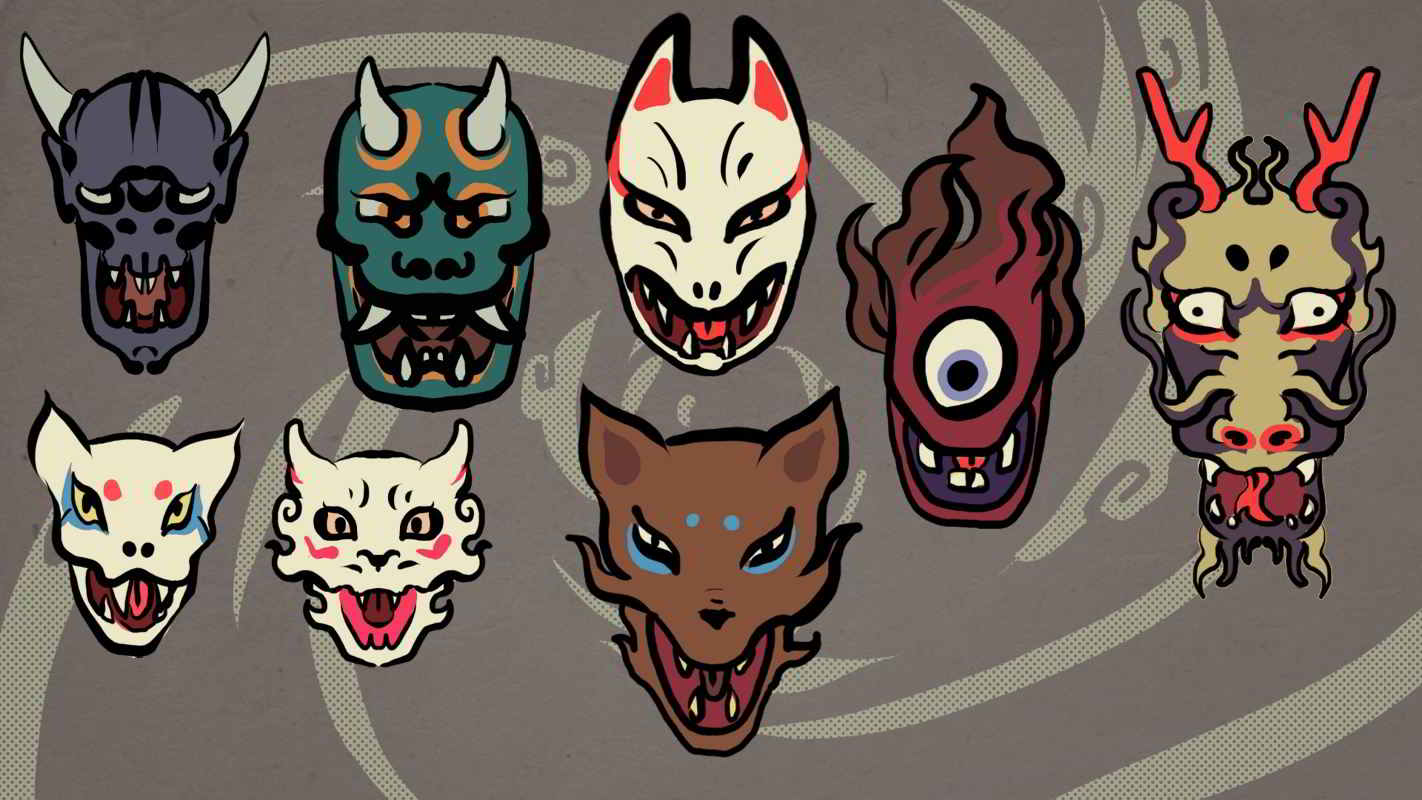 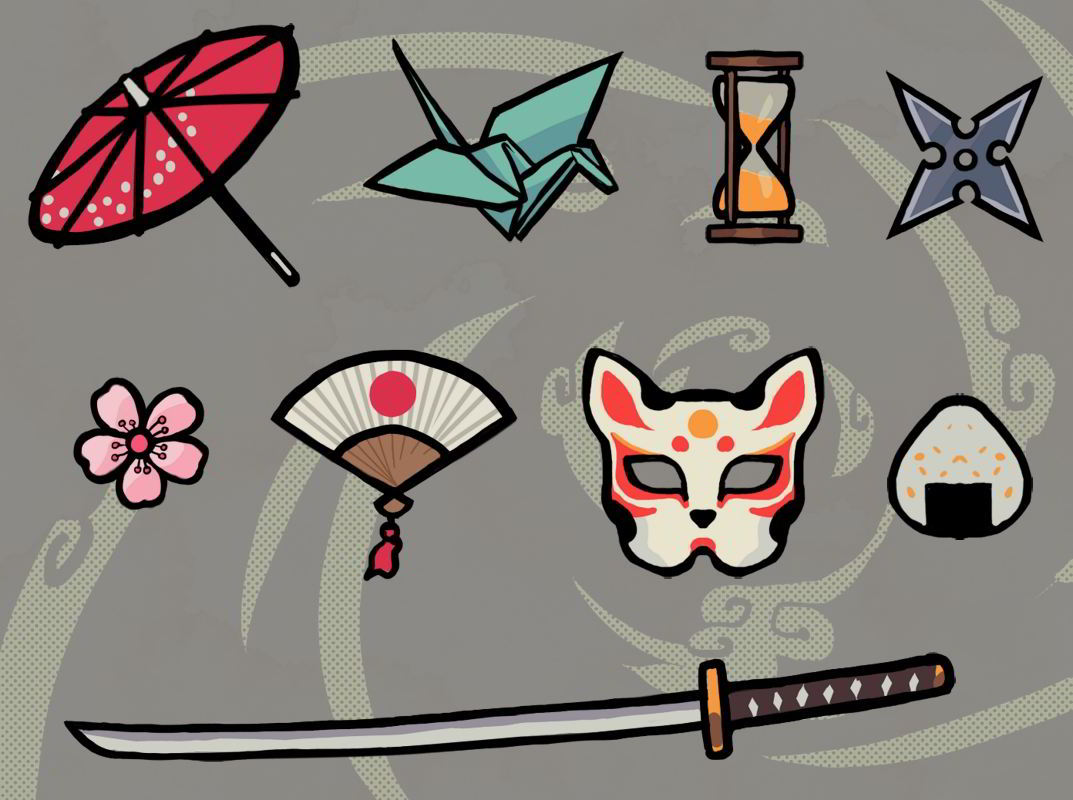 But for me it wasn’t simply a strategic move. I had a lot of fun quoting Japan’s traditional symbolism and its repertory of colorful demons, called yokai.
I tried referencing existing yokai as much as I could. For example, the boss from our game explicitly (and very roughly) quotes the gashadokuro demon as it was depicted by Utagawa Kuniyoshi:

I hope you enjoyed this small behind the scenes of Demonic Digestion, also I hope I tickled your curiosity towards some aspects of Japan’s tradition. And remember to see all this in action by checking out Demonic Digestion!